Sorting Out The World's Problems

I liked this demo of sorting algorithms. Here is another one. This is a good one too.

Here are some quotes that I came across and enjoyed: 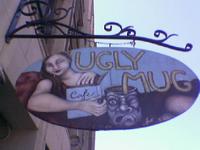 A gun gives you the body, not the bird. - Henry David Thoreau

Some people walk in the rain, others just get wet. - Roger Miller No snowflake ever falls in the wrong place. - Zen

I love to meet people from different countries and have a casual talk. It has always been interesting… My fav barista (in Ugly Mug) is a South Korean. (I try to avoid these enormous chains like Starbucks & Walmart - But I’ll talk about that later). She told me that they have grandma-style-remedies for cold, cough etc just like in India! A Vietnamese girl [‘stunningly beautiful’, I should add!] that I met, said that she wished Vietnam had lost in the war - so that there would have been democracy now.

Anyways, is the world becoming better day by day? Will a better sorting algorithm help?

Ogling at girls and collecting panacea tips from stunners!!!
Cool....Way to go...