The audiobook version was great. I found it relaxing. I was listening to this book in the ski cabin in Tahoe after long days of snowboarding. We had one of the best seasons ever too. I'd listen to it as a bedtime story and drift off into the netherworld of deep sleep. It was awesome. 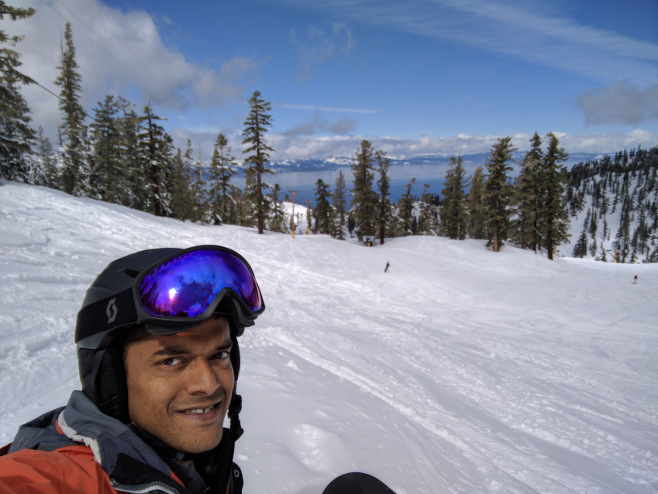 This book made me see Loki as a complex character, not just a two dimensional villain. Loki does bad things, no doubt, but he has personality and personality goes a long way. Thor seems daft and is bit of a bully. He gets by with his looks and strength whereas Loki has to use his mind.

I like that even the gods eventually "die" and the whole universe regenerates. Odin fucks up a lot. His biggest fuck up is to try hard to prevent the end of gods, thereby paradoxically ensuring it by mistreating and making enemies of Loki's children. The road to hell Hel is paved with good intentions afterall.

Unfortunately a lot of Norse mythology is lost forever in the sands of time.

Here is a cool art on Fenrir by Rasmus Berggreen which I came across on Reddit. Check out Fall of Gods on his website. 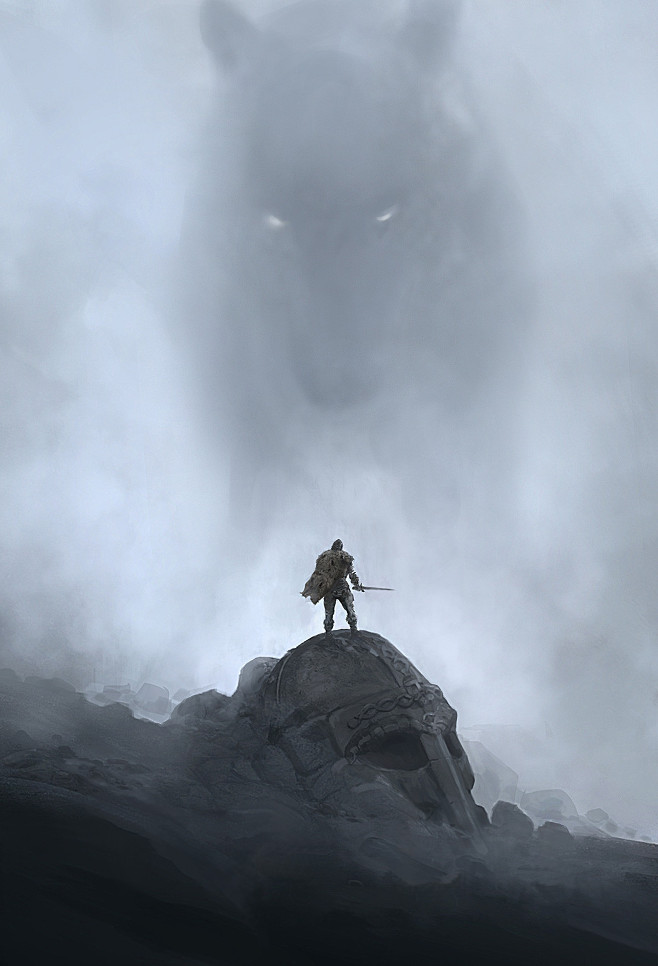 Introducing an instant classic, master storyteller Neil Gaiman presents a dazzling version of the great Norse myths. Neil Gaiman has long been inspired by ancient mythology in creating the fantastical realms of his fiction. Now he turns his attention back to the source, presenting a bravura rendition of the great northern tales. In Norse Mythology, Gaiman fashions primeval stories into a novelistic arc that begins with the genesis of the legendary nine worlds; delves into the exploits of the deities, dwarves, and giants; and culminates in Ragnarok, the twilight of the gods and the rebirth of a new time and people. Gaiman stays true to the myths while vividly reincarnating Odin, the highest of the high, wise, daring, and cunning; Thor, Odins son, incredibly strong yet not the wisest of gods; and Loki, the son of a giant, a trickster and unsurpassable manipulator. From Gaimans deft and witty prose emerges the gods with their fiercely competitive natures, their susceptibility to being duped and to dupe others, and their tendency to let passion ignite their actions, making these long-ago myths breathe pungent life again.
Average Rating: 4.12 / 5
297 pages
Source: Goodreads